l, then this album is what you’re looking for. The best description I can think of is “Jimmy Martin meets The Johnson Mountain Boys.”

Like both Jimmy Martin and JMB, this group cuts a few country numbers with a honky-tonk swing. “I Thought I Heard You Calling My Name” was previously recorded by George Strait and Porter Wagoner, and “Raising Cane In Texas” was cut by Gene Watson. Paisley’s versions easily top the originals.

All the cuts are great, but some others that really stand out for me are “Don’t Throw Mama’s Flowers Away” and “The Room Over Mine” (Hylo Brown). And what great album would be complete without a Jimmy Martin tune; they do a great cover of “I’m Coming Back, But I Don’t Know When.” Incidentally, banjo player Bobby Lundy played with Jimmy Martin for a while.

Danny’s voice is so unique. The way he slides and steps into the notes. His singing has a raw emotion where it is obvious he feels every note he sings. With regard to instrumentation, if you like your fiddle out front, then you’ll really enjoy this album. TJ Lundy really does some fine fiddling on the album.
All in all, one of my two favorite albums released in 2008. (The other was “Leaving Town” by Michael Cleveland and Flamekeeper.) 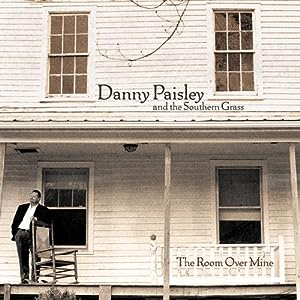