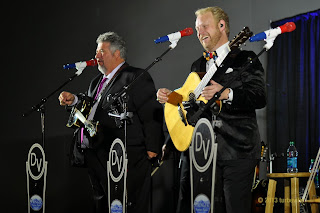 One of the highlights of the show was during Dailey & Vincent's version of "More Than a Name on a Wall."  As usual, they asked for veterans to stand and be honored during the song. One 88-year-old veteran, in a wheelchair on the front row, managed to get to his feet.  He was soon assisted and supported by two men who walked over to help him. This caught Jamie's eye on the stage, and he was visibly moved as he sang the song and pointed to the gentleman.  After the song, +Darrin Vincent came off the stage and walked over and shook the man's hand while Jamie talked to him from the stage. And that, my friends, is one of the things that makes Bluegrass music so special. It's not about a "star" on stage singing to nameless fans.  It's about real people, both family and friends - on stage and off, getting together to share music and life together. 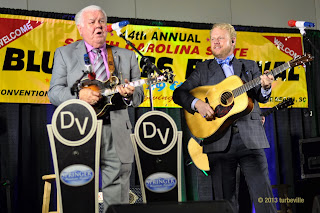 +Darrin Vincent
Posted by Unknown at 10:00 PM No comments: 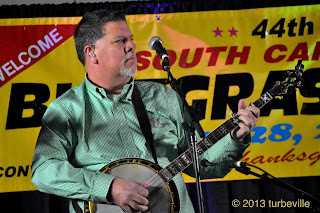 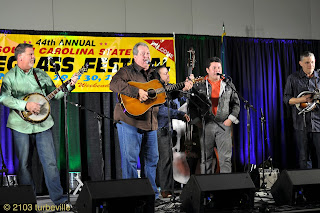 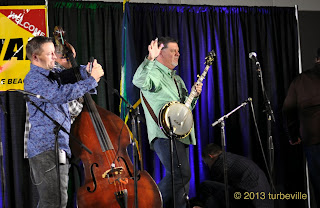 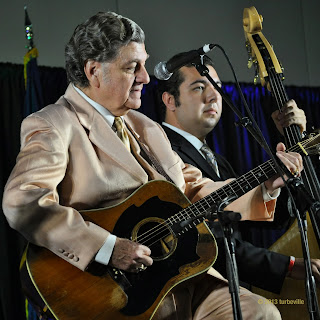 The IBMA emerging artists of the year for 2013, Della Mae, appeared at Awendaw Green in Awendaw, SC -- just behind the Sewee Outpost on Nov 6, 2013.  It was a great concert by this group of energetic young ladies.  And it was somewhat of a homecoming for Conway native and mandolinist +Jenni Lyn Gardner!

Despite the rain and drizzle, it was an incredible turnout.  I've been looking forward to seeing this group live for sometime, and they did not disappoint. 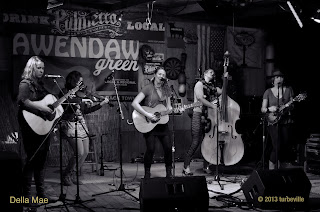 Concert featured two awesome sets by Junior Sisk and Rambler's Choice.  This was one of the most hard-driving, traditional bluegrass sets I've heard.  Jason "Sweet Tater" Tomlin on bass really puts some energy in this music. 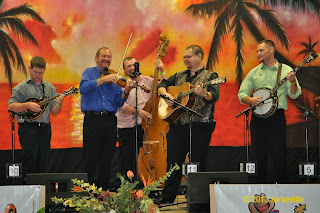 The Liberty Tap Room in Myrtle Beach, SC featured The Barefoot Movement (facebook page) on July 13, 2013.  This outstanding, young acoustic band performed two sets on the outside covered patio.  It was a very up-close and personal concert, and it was a "hometown set" for Myrtle Beach native and bassist Hasee Ciaccio.  In addition to Hasee, the band also features Noah Wall on fiddle, Tommy Norris on mandolin, and new guitarist Alex Conerly. 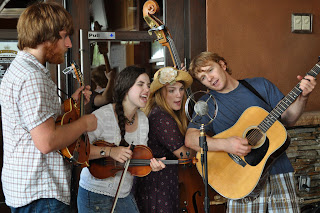 Frank Solivan and Dirty Kitchen at The Rooster's Wife

Frank Solivan and Dirty Kitchen appeared at The Rooster's Wife on March 24, 2013 in Aberdeen, NC. The venue is the Poplar Knight Spot, 114 Knight St in downtown Aberdeen, NC.  It is a very unique listening environment and is self-described as a "groovy gallery in a listening room that seats 120."   Decorated with various pieces of living room furniture and mismatched chairs, it is only a few rows deep.  It made for a very intimate concert experience.

Frank and his band put on a very entertaining and exciting progressive bluegrass show. 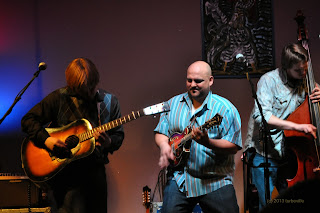 Posted by Unknown at 6:00 PM No comments:

Grass in the Hall at the Charleston Music Hall 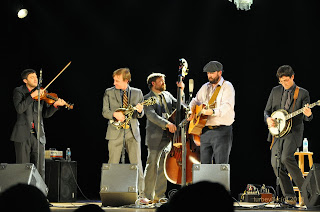 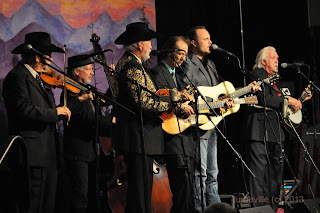